A Detailed Comparison of Spring Assisted Knives with Automatic Knives

As a knife enthusiast, I tend to collect knives of all types. I have more than hundred different types of knives in my arsenal.
The most I have are the spring assisted knives, that many of you may know as assisted opening pocket knives. However, there are many more in my collection, including the automatic knives.
Interestingly, many people consider spring assisted and automatic knives as similar. But, they are two different types of knives. However, a confusion still lies among the millions of users. To eliminate this confusion, I have brought a detailed comparison of these two knives.
The purpose of this comparison is to let you know how different these two are. But, first allow me to introduce these knives to you because many of you are still unaware of them.

What is a Spring Assisted Knife?

Sometimes called an assisted opening knife, this knife works similar to what its name suggests. A slight assistance is required to open the blade. But, when the blade is opened slightly by the user, the blade then automatically opens, and gets to its full position. It is one of the folding knives as the blade can be folded inside the handle and opened with assistance.

What is an Automatic Knife?

Also called a switchblade, an automatic knife is another folding knife. The word “automatic” is associated with this knife because the blade can be opened automatically without any assistance.
In most cases, you can push the button to deploy the blade to its full position. So, it is an automatic knife due to automatic blade deployment mechanism.

The Basic Difference - How They Work?

The most fundamental difference exists between these two types of knives is how they work. They work in a completely different way because the deployment mechanism is different in both of them.
A spring assisted knife springs open when the blade is pushed by the user by applying pressure. Otherwise, the blade remains concealed in the handle. That slightly push is necessary to deploy the blade.
But, there is no locking mechanism installed in this knife that keeps the blade in closed down, and nothing holds down the blade as well.
When the user attempts to open the blade using a flipper or a thumb stud, there is some resistance that stops the deployment of the blade at once. A torsion bar or a spring then catches the blade and propels the blade to open at a full position where it is locked in place. 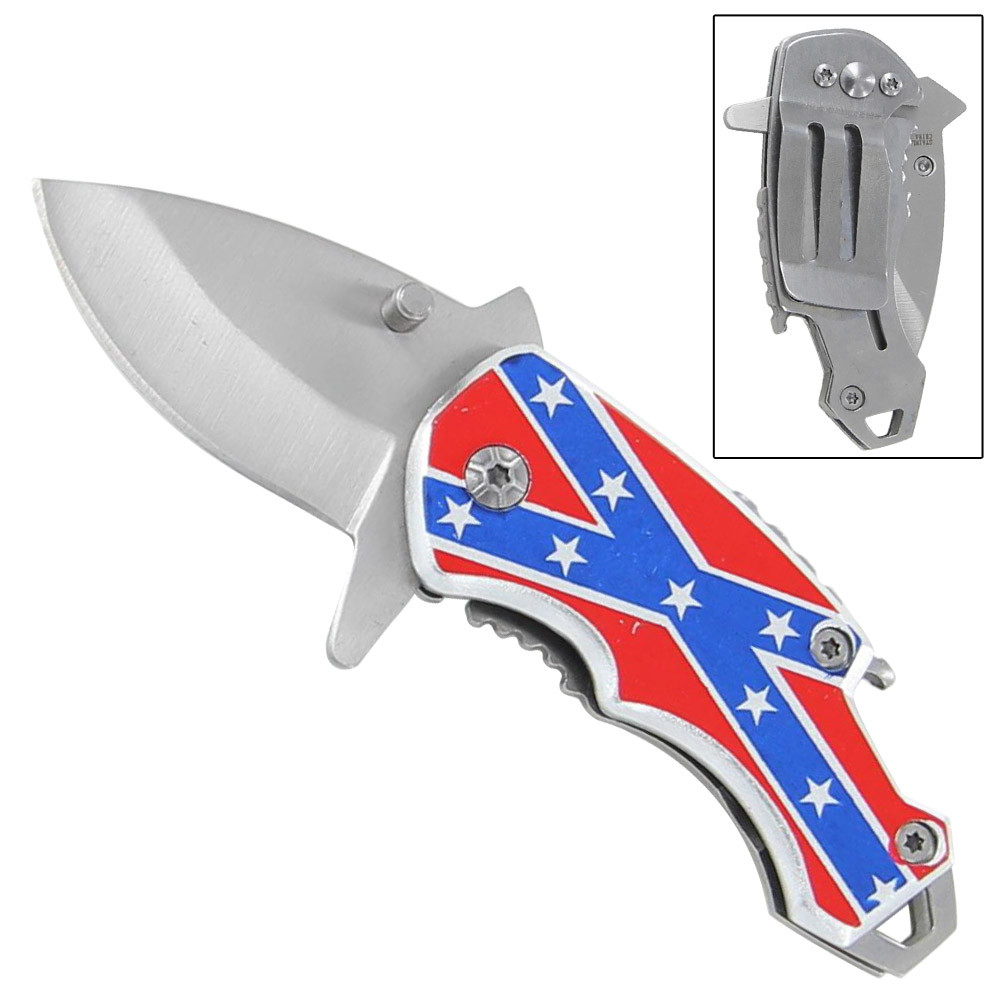 An automatic knife is the one in which the blade springs out the handle upon pushing a button. It is sometimes called a flick knife as well because it appears like a normal folder, with rotation around the hinge.
However, when the user is closing it, the tension in the inside spring is exerted in the blade. When closed, the tension separates from the knife by a push button.
Upon pressing the button, the tension is released back onto the blade is flicked open without applying any force. For understanding the difference between these two knives, it is important to realize how these two work.
You must understand the opening and closing mechanisms of both the knives because this is the major factor that separates them.

Another key difference between assisted opening and automatic knives is the incorporation of a button, lever or flipper. An automatic knife always includes a button which is needed to be pushed for opening the blade.
Sometimes, there is a lever or a flipper rather than a button. So, these knives rely on these buttons or flipper for deploying the blades. If there is no such button, you just can’t open the blade. 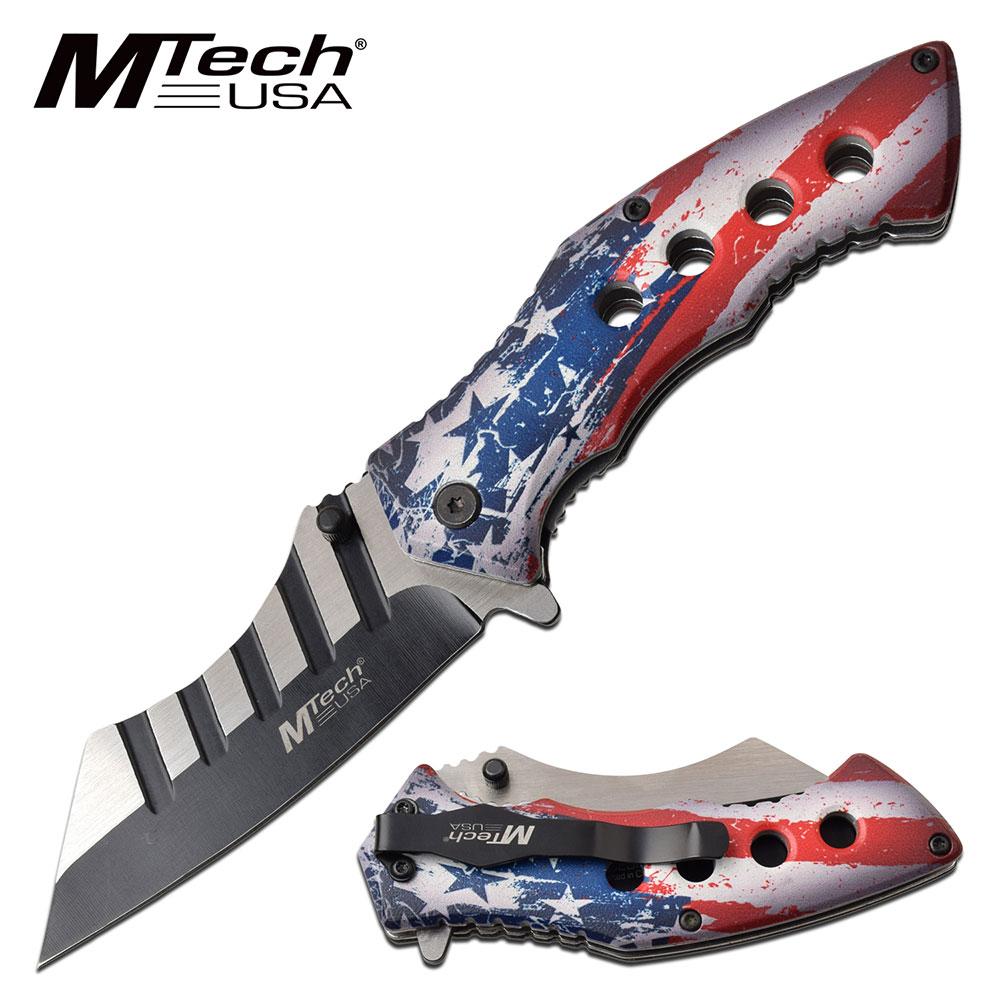 On the other hand, spring assisted knives don’t rely on any of these buttons, levers or flippers. You would never see them incorporated on these types of knives. Instead, they require some assistance from the user to deploy the blades.

The deployment speed is the major difference between assisted opening and automatic knives. Switchblades are deployed at an immense speed. As you press the button or flipper, the blade gets to its full position straight away.
There is no resistance that slows down the blade. This is why it is more advantageous in self defense situations, but it is illegal in most of the states. Contrary to this, spring assisted knives are slow in deploying the blade.
First, you can’t push a button, rather need to exert some effort for opening the blade. This takes more time, and then there is a resistance that stops the quick positioning of the blade.
So, during this whole process, the overall speed of the blade deployment slow down. This may cause a setback when dealing with an attacker, but these knives are legal in most of the states.

How to Spot The Difference Among These Two Knives?

So, what are the indicators that would determine whether a knife is automatic or assisted opening? The best indicator is the blade’s resting position.
The knife is switchblade in case the natural inclination of the blade is to open without a presence of hindrance. However, if nothing blocks the blade and it remains closed, the knife has to be a spring assisted, but the knife must have this mechanism for opening the blade.
One more way to identify or spot the difference is that if you can easily open the blade without a need of exerting any force on the knife, it has to be an automatic knife.
On the other hand, engaging the spring assisted knives requires you to exert some effort on the knife, whether on a rear level or thumb stud attached to the knife, before the deployment method takes effect.
In addition, the most precise way of figuring out the difference is that if the knife incorporates a button, it must be automatic because a spring assisted knife never includes a push button.
Hence, if you are aware of these few indicators, you can easily figure out if the knife is an automatic one or spring assisted. So, learn to identify these differences and be sure about which pocket knife you are carrying or adding to your arsenal. 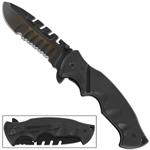 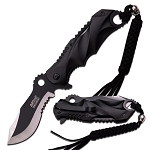 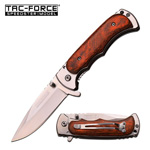 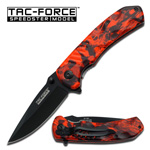 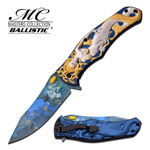 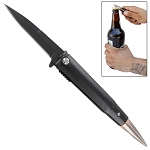 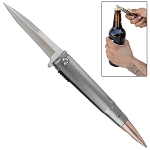 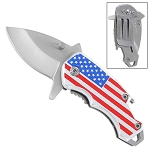 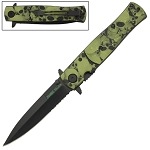