Analyzing Every Knife as a Survival Knife

When it comes to survival, we are taking many things under consideration. It’s not just about survival against the attackers, it’s also about surviving during emergency situations, such as accidents, harsh conditions, and saving your life against the wild animals.
Also, a survival knife has to be the one that remains with you all the time because trouble can come anytime. While considering all such things, which is the best survival knife?
When talking about survival weapons, we often stick to the fixed blade knives, but there are other knives that can also serve in your survival.
We are analyzing different types of knives as survival knives. We shall explore effectiveness of each of these knives during different emergency situations to figure out which is the best among them, all things considered.
So, here is our brief analysis!

Folding knife is the most common knife found these days. Its usefulness has made people own and carry this knife. It is a small sized knife featuring a small, foldable blade.
The blade can be folded inside the handle to reduce the size of the knife. So, it is an easy to carry knife that can be kept inside the pocket. The blade is folded, so you can comfortably carry the knife either in your pocket or bag.
A huge advantage with a folding knife is that it can be carried all the time. You won’t be reluctant to have a small knife in your pocket, the blade of which is folded. If you have this knife, it would be your companion in different emergency situations.

The question is will it be effective as a survival knife? As a survival knife, it would be useful in a few emergency situations. When talking about self defense against an attacker, yes, folding knife is a handy option.
You would see people carrying this knife for dealing with the attackers. A major reason behind this is the small size of the knife that makes it easy to carry. However, its blade allows the users to inflict injury to the attackers and escape to save their lives.
Another way it proves to be a good survival knife is during an emergency situation, such as accident.
After any accident, the victims need to free themselves from the seat belt. Unavailability of a weapon to cut the seat belt enhances trouble for the victims.
A folding knife is advantageous in such emergency situations as it allows you to cut the seat belt and get out of the car immediately. In addition, when you are on an adventure in a landscape, you can cut veggies and fruits and prepare food for you.
When it comes to blade strength, I feel sorry for the users of folding knives. In situations like surviving against the wild animals, cutting woods to make shelter and camping, hunting etc., a folding knife is poor as a survival knife.
These small blades don’t have the strength really to perform such tasks. They seem too heavy for these small knives, perhaps, impossible. Their blades possess absolutely no power to cut stronger materials like wood.
They won’t assist in camping and fighting the wild animals you encounter during your adventure. Hence, in such survival situations, these knives simply don’t work.

When you think about the best survival knife, a fixed blade knife comes in your mind straight away. Indeed, it is a perfect weapon to have during emergency circumstances.
Think of any fixed blade knife advantages in survival situations, a fixed blade would come handy in each of them. This knife does not have a foldable blade, rather, the blade is fixed in the handle and is immovable. In addition, the blade is thicker and larger in size.
The fixed blade knives are of two types, the other one is the full tang knives that possess enormous strength. These knives are known for their power and ability to cut hardest of the materials. 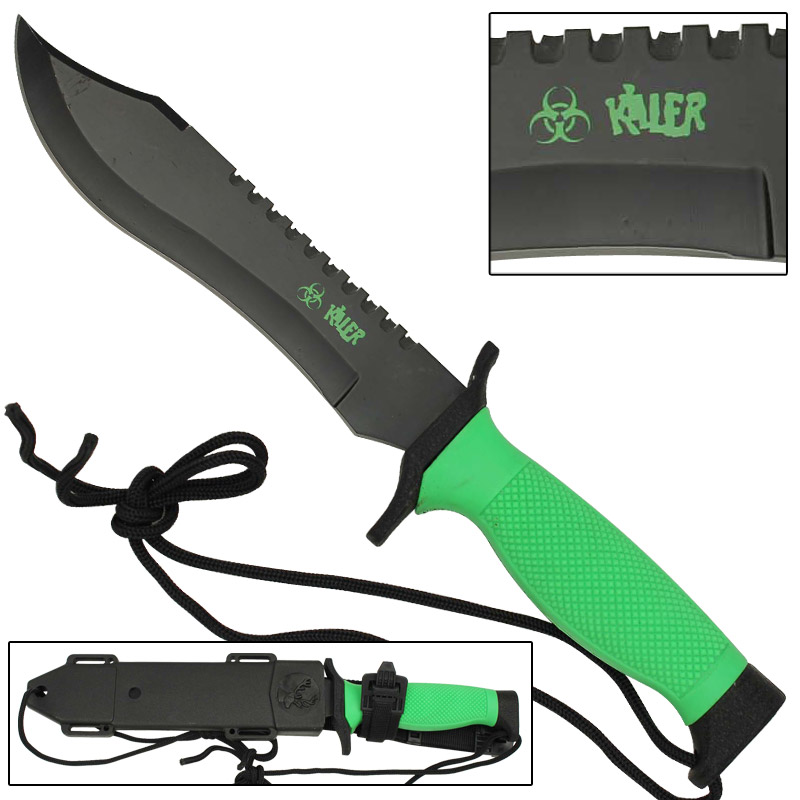 When considering tasks like camping, hunting and dealing with the wild animals, there is no better survival knife than a fixed blade. It lets you fight the animals with ease and allows you to save your life.
It lets you cut woods and build shelter when on a camping tour. It’s the strength of the blade that enables easiest cutting of different materials. It would come useful when preparing food as well.
Similarly, fighting with the attackers would be easier. Such a gigantic knife would make the attackers fear you. So, they won’t even dare to come closer to you because they know that it can inflict a long term injury.
But, can you carry a huge fixed blade knife in your pocket? In the modern days, we can’t carry the bladed weapons openly, so, all we have is a pocket to make sure the weapon is not visible to the cops.
I’m sorry, in case of these knives, it is impossible to carry them in the pocket. I won’t prefer a survival knife that can’t fit into my pocket or is not with me all the time.
Emergency can come anytime, and this is a disadvantage with these knives as they are massive and can’t be carried every time. If you do put them in your pockets, you are likely to cause self harm because the blade would remain open.
So, this knife isn’t your companion in every emergency situation.

Hidden Blade knife isn’t a rare thing on this list. In fact, it is one of the popular survival knives these days. It is not just a single knife, rather, there are many different shapes and designs, including lipstick knife, boot knife, pen knife, and neck knife. However, they serve more as self defense weapons.
They are designed to be kept as secret weapons to deal with the random attackers. These are the smallest bladed weapons ever designed. They are intended to be kept in the pockets or small purses and pulled out when an emergency situation arrives. 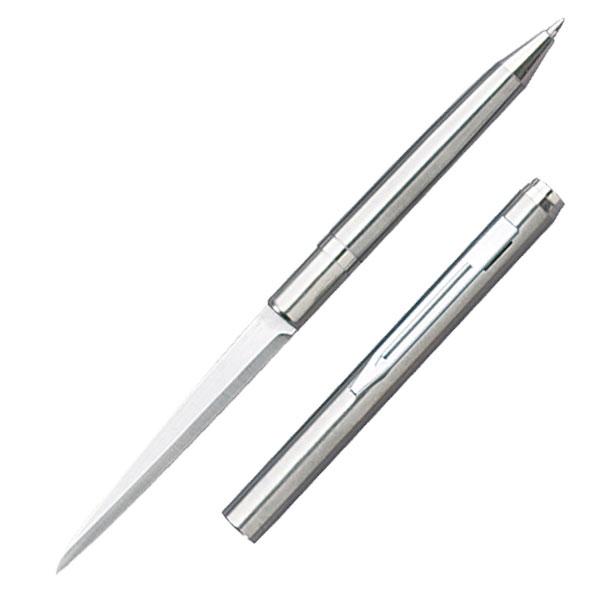 So, how can a small hidden blade be a survival knife? On a few occasions, it would be extremely handy. For instance, when you are dealing with an attacker, all you need is a hidden blade.
You can pull it out and launch a surprise counter attack on the attacker and save your life. In addition, it can be handy in the situations that involve cutting softer materials such as seat belt, fruits and veggies.
So, yes, it can assist in preparing food when needed. The best thing about this knife is that it stays with you for as long as you want. It can be carried in the pocket or purse without any discomfort. There is absolutely no weight at all.
Therefore, a long-term survival companion!
What makes this knife in effective as a survival knife is because it can’t help in the situations that involve heavier cutting. Their blades are so small that they can’t even cut leather with ease.
So, in the situations, like being in a landscape where you require constructing a shelter for you, hidden blade is simply not an option. Sorry for the users of these small blades, they aren’t the great survival weapons!

Dagger knife or simply a dagger is a type of knife that is slightly different from the other knives. It is a short knife that features an edged blade and a sharp point. It is basically a stabbing and thrusting weapon.
Can it be a good survival knife? The answer is “yes”. I’m not a big fan of this knife, but still, I believe dagger can be a great knife that guarantees your survival in an emergency situation. It is neither too small, nor too large.

A medium sized knife that can be advantageous in almost every situations. Unlike folding and hidden blade knives, dagger has a very sharp blade that can cut hard materials like wood with ease. So, you can expect it to be an effective survival weapon.
When it comes to survival against the attackers, all you need to do is stab the attacker and inflict a serious injury; exactly what a dagger does. It can thrust and stab him and leave him wounded so that you can run away and save your life.
Its shorter size allows you to keep it in your pocket. So, it would be your companion in almost every situation. Though, it has a fixed blade, you can still carry it in your bag or pocket, making sure you keep yourself safe from the blade.
Hence, it can be a perfect weapon for emergency situations like cutting seat belts and preparing foods etc.
Surprisingly, it can be a useful survival knife for camping and surviving in a forest. It would cut the woods and branches and allow you to make a shelter for you. It features a sturdy blade that can easily accomplish such challenging tasks.
However, this is not guaranteed because they are not ideal hunting and camping weapons. Also, their small size won’t frighten the wild animals!

So, which is the best survival knife?

As per the above analysis, it is very difficult to make a decision regarding which is the best survival knife among them. Every knife has a share of pros and cons. For instance, a folding knife is the easiest to carry knife, but fails to serve great cuts.
A hidden blade has a similar scenario. A dagger is a useful survival knife, but not as great as a fixed blade knife.
All things considered, a fixed blade knife still appears as the most appropriate survival knife. It is a powerful knife that would come handy in all the survival or emergency situations. The only issue with them is their massive size that prevents carrying them in the pocket.
But, you can carry them comfortably if you put on a protective leather sheath. It would secure you from any harm and you would comfortably carry your weapon. So, to me, a Fixed Blade Knife is the best survival knife! 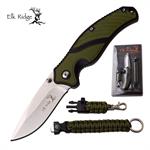 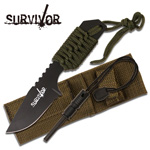 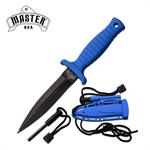 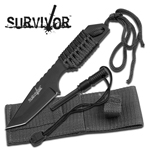