America is no more the safest part of the world. Almost every other day news breaks, disclosing a number of people victimized by the attackers. The attackers are finding it easy to approach and attack the people, especially in dark. What even more dangerous is the sudden increase in the number of violent crimes in the recent times. So, what can we do to prevent such attacks?

We can’t stay home to keep ourselves safe from the attacks. But, when outside, we need to have any means of protection. So, what are the options? Yes, we can carry some self defense weapons, such as firearms, knives. But, the problem is most of the weapons available nowadays are illegal, or impossible to carry. For example, you can’t carry a fixed blade knife in your pocket, folding knives are often illegal, firearms are illegal. Then, which weapons are left?

Among the options left, the best one is a stun gun. It is a small device that is designed to be carried in your pocket, purse, bag or even your car’s dashboard. This is a perfect and ideal defender for everyone in such harsh and violent circumstances in America.

What is a Stun Gun?

Stun Gun is a device that gives a strong electrical shock when touched with its prongs. It is small, lightweight and carried comfortably. There can be any design, ranging from flashlight to cell phone, but all of them work in a similar fashion. There are two prongs on one side of the device. When you touch the prongs with the attacker, a powerful electric shock is delivered to him which temporarily immobilizes him. Hence, you can find yourself time to escape and save your life. It has proved to be a perfect weapon for defense, and here are the reasons why!

Stun Gun is one of the non lethal weapons that cause a temporary injury. It does not inflict a permanent injury to the attacker. I know that many of you won’t like a weapon that causes permanent damage, whether against an attacker. So, an ideal weapon would be the one that is non lethal. Stun Gun comes up as the finest option in this regard. The prongs of the device do give an electrical shock, but it only immobilizes the person for some time. The electrical shock won’t inflict any long lasting damage.

Different stun guns have different amperage rate, but even the one with the highest amperage rate won’t cause a permanent harm to the attacker. The electrical shock may get stronger though. So, a small device like this is an ideal defender for you if you want a weapon that is non lethal and does not inflict long term injury.

A perfect self defense weapon must be the one that is easily carried. Well, there are several other weapons that can be carried easily, but stun surpasses them when considering the easiest among them. The stun gun is usually so small that if you close your fist, it may be hidden in your hands. However, it is meant to be carried in your pocket or small bag. This is small sized and lightweight, so, it can be carried with immense ease. When placed in your pocket, it feels as if you are carrying nothing.

There is no other weapon that can be carried with such comfort and ease. For example, a folding knife may be carried in the pocket, but it is never that safe. You are always vulnerable to an accidental injury because the blade may be deployed itself. A fixed blade knife is also dangerous even with the sheath on. Other weapons are huge, and hence, impossible to carry. Small weapons like pepper spray can also be dangerous when carried in your pocket or bag.

Apart from the ease of carrying this small device, it is easy to use as well. Comparing all the self-defense weapons available in the market today, stun guns are the easiest to use. Even a child can operate this weapon with ease. Also, women would find it easiest to use. There is no push button to give the electrical shock. There is no blade that is needed to be deployed. Similarly, there is no aim required. All you need to do is just touch the attacker with its prongs, and the damage will be done. There is no specific part of the body that is needed to be touched, you can touch the prongs with any part of the body to cause the temporary immobilization. Compared to all other weapons, the easiest to operate is this small device.

Stun Gun is ready to be used at a moment’s notice. Compared to other protection weapons, it is battle ready right when you take it out of your pocket or bag. You don’t need to deploy the blade or load a dart, rather, just pull it out and use. It is a weapon that requires no ammo, bullet or darts. Just get closer to the attacker, touch him with the prongs and inflict serious pain. It can be painful when getting in contact with him, but due to its non lethal nature, no permanent injury is caused. All this happens in no time at all.

When using a pocket knife, you have to perform certain tasks before launching a counter attack on the attacker. First of all, you need to pull out the knife, deploy the blade, aim and then use the blade. In the meantime, the attacker may succeed in getting his job done. Because you are giving enough time to the attacker to complete his job. Similarly, in the case of firearms, you need to load the magazine, cock the gun and fire, but during this attempt, the attacker will have enough time to get his job done. However, stun gun can be used straight away as you pull it out of your pocket. You give no time to the attacker to react. Hence, you have every opportunity to survive the attack.

Modern Stun Gun Flashlight is the ideal self defense weapon for every man and woman. It is a combination of two things, a flashlight, and a stun gun. The flashlight works to provide light in the dark while the rest of the device works like a stun gun. It is, in fact, a stun gun that additionally features a flashlight. This comes up as an ideal combination because nothing can protect you better than this.

Many people these days work in the afternoon or evening and get back home later in the night. They often become victims of the attacks because they can’t identify an attacker approaching them. Of course, in the dark, it is hard to see anyone coming close to you. Therefore, you need something that lets you sense danger from a distance. A flashlight in your hand is pretty any in this regard. You can see anyone coming towards you from a reasonable distance in the dark. Hence, you can get ready to defend yourself or escape the place to save your life.

If you ask me for the best self defense weapons for anyone, my suggestion would be a stun gun flashlight. There is no better weapon than this ideal combination. It is easy to carry, easiest to use, quick to use, and non lethal. So, get a stun gun to make it your perfect defender in dangerous circumstances! 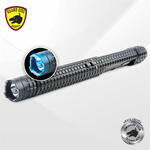 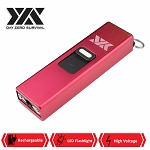 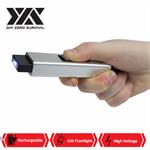 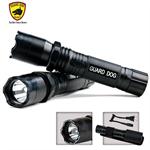 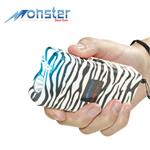 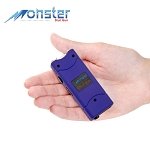 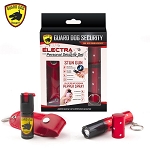 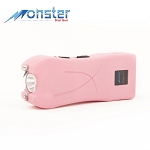 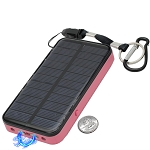 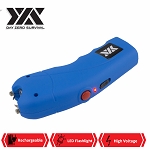