The Latest and Highly Effective Stun Guns of 2019

Stun gun or tasers; whatever you are looking for; these are simply one of the best and safest choices when it comes to carrying the perfect contingency plan for self defense.

Stun guns are not only effective but require no ammunition as in case of real guns; additionally, many versions of stun gun have inbuilt flashlights and are rechargeable.
Many people who work till late night and reach their homes even later are prone to look for the different types of stun gun in the markets and online stores.
Referring to one's personal comfort level, stun guns are deemed to be the wisest choice of self defense weapons as well due to the fact that these are not only highly effective but also essentially non-lethal, unlike the real guns.

Stun Guns and Self Defense: How Effective are They?

One can realize the efficacy of the stun gun by the fact that even the police personals carry stun guns with them at all times. Stun guns are not only lightweight but these are also smaller in size which makes them easy to conceal carry.
Stun guns are considered to be the perfect self defense weapons for women as well since the electric jolts are easy to administer; the stun guns are particularly effective in close-body attacks.
On contact, the electric jolt runs through the attacker's body rendering him/her temporary paralyzed. However, the ‘stunned' disposition of the potential attackers allows you sufficient time to get yourself out of the situation and maybe inform the law enforcement department as well.
Moreover, many users of the different types of stun guns have reported that often the mere crackling sound of the stun gun suffices to make the potential attacker alter their decision of attacking you; instead, they make a dash for their own safety.

What is the Difference between Stun Guns and Taser Guns?

Many people keep asking the question about the difference between the stun guns and tasers since both gun types seem to comprise a similar mechanism of sending electric jolts through the attacker's anatomy.
Nonetheless, differences do exist; let me explain how. The thing with tasers is that they do not require direct contact with the attackers' body as in the case of stun guns. With respect to the taser guns, these fire or shoot out electric probes which are shaped like mini-spears and can even penetrate clothing.
The probes are attached to electric wires and administer an electric jolt. Referring to the stun guns, these have inbuilt prongs instead of shooting out electric probes.
Typically, stun gun comprise an electric arc which is located between the two prongs. It has been speculated that using the stun gun can be a bit risky only if the potential attacker reaches you before you can make effective use of the stun gun.
However, the use of stun gun is definitely easier, comfortable, and more accessible in contrast to the taser guns. The basic difference between a taser gun and the stun gun is that the stun gun requires to be directly connected to the attacker's body at a close range; whereas, the taser is effective from a long distance which can reach up to 30 feet.

As mentioned earlier, the stun guns are effective self defense weapons; especially, with regards to women and safety. The lipstick stun gun is the perfect concealed weapon for all women and girls.
This powerful concealed-carry stun gun can administer 3000,000 electric volts; whereas, this version of the stun gun has been specially built in a way that the inner technology of the stun gun is not visible to the inexperienced eye due to the lack of visible probes.
In fact, this stun gun resembles a real lipstick; in addition, this stun gun is in the form of a keychain which makes it easy to carry and instantly accessible in the hour of need. 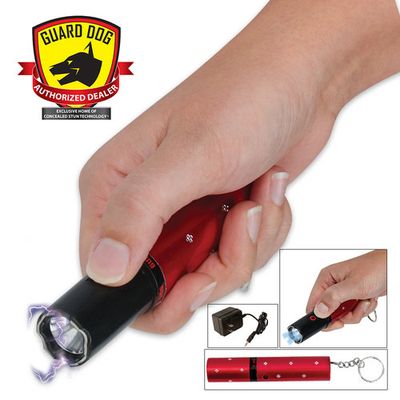 This stun gun includes a rechargeable battery as well as an inbuilt flashlight which is strong enough to temporarily blind the potential attacker making it difficult for him/her to see through the blinding light.
The only disadvantage of this stun gun is that the button needs to be kept pressed down for the turning on of the flashlight.
Moreover, the battery of the lipstick stun gun needs to be recharged after regular intervals.

The stun gun made by this brand are worldwide popular with respect to efficacy and guaranteeing personal safety.
The electrical current flowing through the prongs of the stun gun produces a bright light of current which suffices for keeping the potential attacker away by the crackling sound of it. If the potential attacker will possess sufficient common sense, they will definitely leave you alone.
However, if they still somehow decide to attack you, the electric current flowing through the police stun will definitely render them temporarily paralyzed and stunned.
The inbuilt flashlight (LED) helps you find your way back home in the dark; not to mention the fact that the electric current of the police stun gun enables you to carry a contingency plan with you at all times. 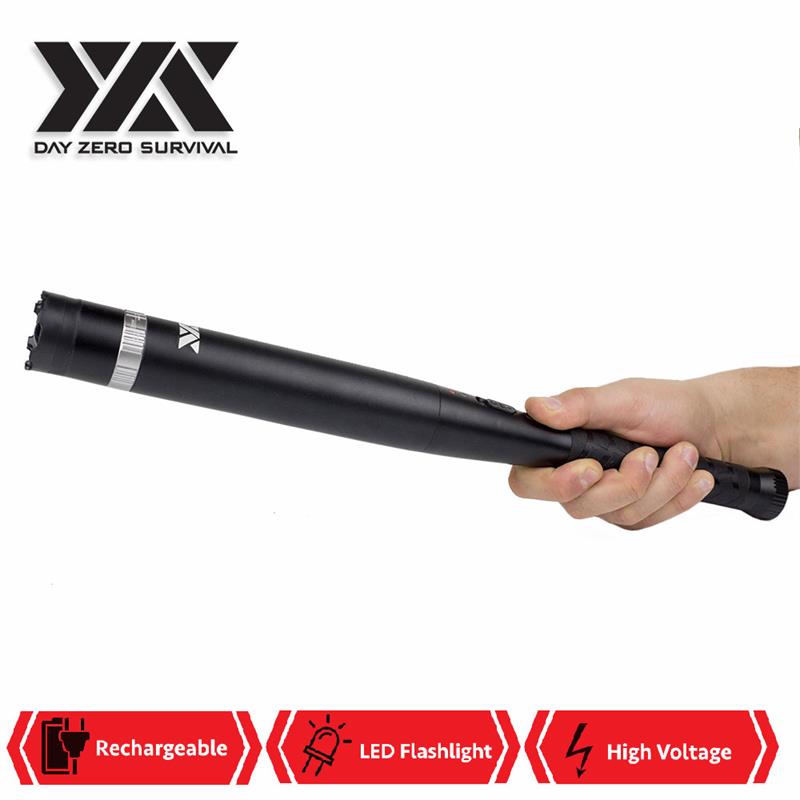 The design of the police stun gun enables you to maintain a strong grip on the stun gun while administering the electric shock which is high enough to make the attacker feel disoriented.
Amongst the great features of this version of the stun guns is the deactivate pin which can come quite in handy. Nonetheless, this stun gun is quick and easy to deploy.
The only disadvantage seems to be the fact that the holster of the stun gun is poorly made and hence prone to break with ease.

This is one of the most powerful stun guns which have an inbuilt flashlight as well. The design of this stun gun includes an ‘on' and ‘off' button as well as a safety cap.
You will not require to stock batteries for the Vipertek stun gun comes with an internal battery which can be recharged. If you will turn on the switch, the sparkling sound of the Vipertek stun gun will suffice to scare the potential attacker away from you.
However, if the attacker dares to proceeds to walk towards you, then a single electric jolt will be enough to immobilize his/her moving muscles; hence, their violent and aggressive behavior will get immediately under control. 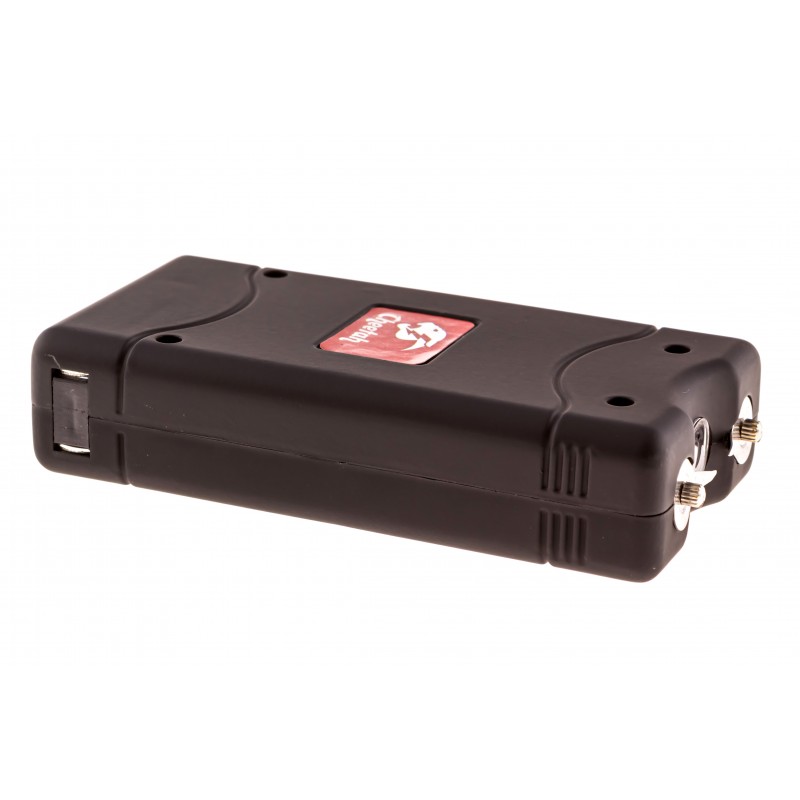 The advantage of carrying this stun gun is that it just looks like a flashlight; hence you can carry a contingency plan with you at all times without getting detected.
The flashlight is slightly dim though; however, overall the Vipertek stun gun is one of the best stun guns.

This is one of the most reliable and dependable version of the best stun guns in the market and online stores. The inbuilt flashlight of this stun gun comes with three options; you can either set it on low; high; or strong.
Additionally, this stun gun can be carried while attached to your wrist or you can attach it to your belt. Make sure to wear it in a way that it can be instantly available in life-threatening situations.
Ladies, in particular, ought to remember to carry their stun guns in places from where they can have them retrieved immediately. They ought to refrain from dumping the stun guns in the bottom of their bags; this could lead to serious consequences.
In life-threatening situations, no one has the time to rummage through their bags in search of their self defense weapons, such as the stun guns. Coming back to the Sabre tactical stun gun, this is one of the painful stun guns as the attacker might scream in pain upon receiving a strong electric jolt. 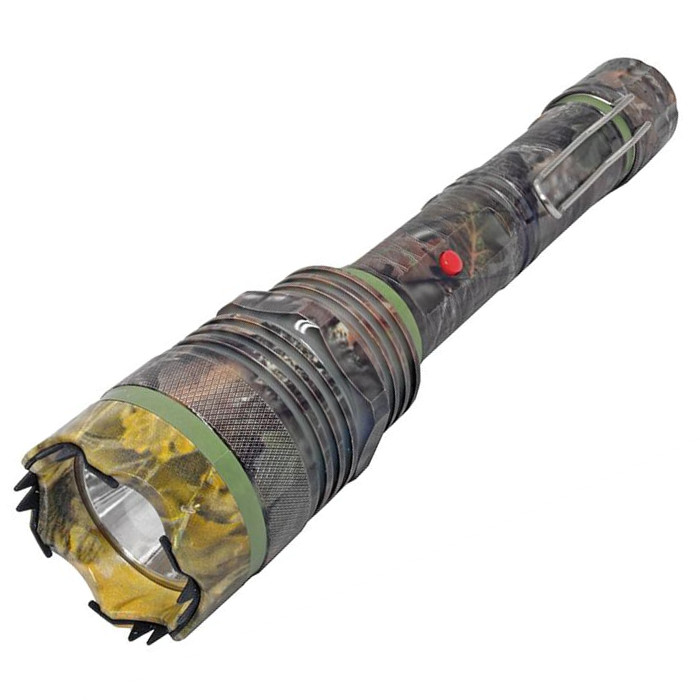 The only downside of this stun gun is that you will need to establish a constant contact for the sake of stunning the potential attacker.
Nonetheless, the tactical stun gun is strongly built and no easy tool to mess around with. Without a doubt, the different types of stun guns are amongst the most effective, powerful, and essentially non-lethal options with respect to owning and carrying the best self defense weapons.
Whatever types of stun guns you choose make sure they feel comfortable in your hand.
SHARE THIS POST
Previous Post
Next Post 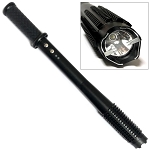 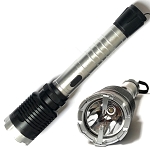 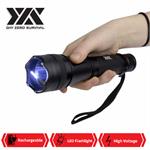 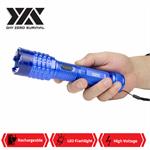 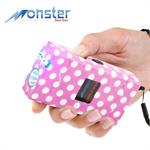 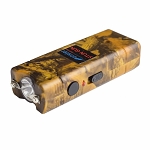 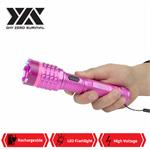